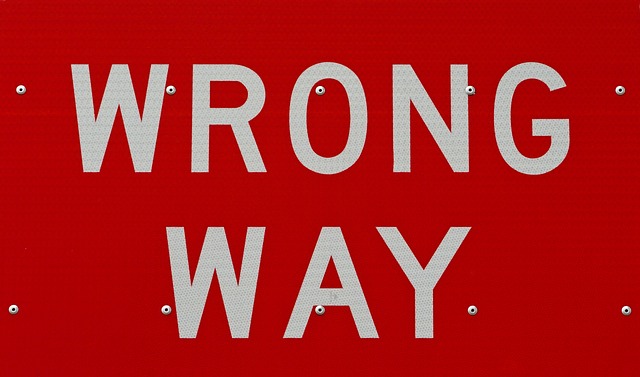 I mean, what is ‘wrongness’? What makes something wrong?

Think about that for a moment and describe what is ‘wrong’ without coming up with an example. See if you can articulate what makes something; a behaviour, an action, a point of view etc, wrong?

I am sure that there are some truly awful things in this world that I would whole heartedly agree with you are wrong. In this context I am asking you to consider things such as your everyday interactions with other people. Think of a work example such as; a decision made within your organisation that you feel was wrong, a conflict you are experiencing, or a colleague’s actions or behaviour that you don’t agree with. If you can’t think of a work example, think about different views and beliefs on topics such as; religion or social norms, how to treat others, vaccinating, climate change, how to raise children or euthanasia.

Before you realised you were wrong, you were probably fairly confident that you were right.

There is a brilliant TED Talk by Kathryn Shultz, ‘On being wrong.’ She articulates so beautifully what it feels like to be wrong and the mental processes that we go through when we believe that we are right and someone else is wrong. I highly recommend it.

People will often tell me that they don’t like conflict. (I suspect most people do not particularly enjoy conflict!). Because of this, they avoid having conversations with other people about things that should be addressed. They do this because they believe that having the conversation will cause conflict. I think the potential for conflict is only there when we believe that we are right, and the other person is wrong. I believe that if more people went into conversations about issues they would like addressed, with a genuinely open and curious mind, and with a view that there could actually be another perspective here, that most conflicts would be avoided.

In my workshops when we are covering the topic of difficult conversations or conflict, I take my participants through an exercise which really demonstrates to them (many of them for the first time) that there is another perspective that they haven’t considered.

For those of you reading this article, I would like to ask you to consider two things next time you feel so absolutely sure that you are right about something.

The first is the fundamental attribution error. This is the tendency people have to overemphasis personal characteristics and ignore situational factors when judging other people’s behaviours and actions. Because of the fundamental attribution error, we are more likely to believe that others do wrong things because they are bad people. However, when we think about our behaviour or actions we focus on situational factors.

For example, if someone cuts us off while driving, or jumps the queue at the local bakery, our first thought might be “What a jerk!” instead of considering the possibility that the driver is rushing someone to the hospital or airport, or that maybe they were distracted and honestly thought they were next in line. On the flip side, when we cut someone off in traffic or jump the queue, we tend to convince ourselves that we had to do so.  We focus on situational factors, like being late to a meeting, and therefore justify our behaviour or actions.

The second consideration is to simply ask yourself the next time you are completely convinced that you are right;

Just pause in the moment and ask yourself

‘Is it possible that there may be another perspective here?’